But there's plenty of kindling here to keep it blazing.

His busy fingers were already tumbling her thick luxuriant fall of raven hair down over her shoulders, running his fingers through it to loosen the coils so that it flowed freely over her curvaceous back and across her breasts. She held her breath as he combed his hands upwards to massage her scalp, before tumbling her tresses down over her shoulders and bosom once more. One hand on her waist arced her back to press her hips more tightly to his. Her nimble fingers began to undo his silk waistcoat, nearly tearing it asunder in her need-driven haste.

His bold kiss was an unmistakable act of possession. Lawrence ran his tongue sinuously along her own, before testing fully the honeyed sweetness of the inside of her mouth. He cupped her chin for a moment, then glided his hand back into her thick tresses to deepen the kiss still further. She was curious enough to let the tip of her own tongue peep into his mouth for a second. He moaned and clasped her neck and the base of her skull with one huge hand, trapping her against his body. Yet Juliet felt no fear. Rather, as she bared his chest, it was as if they fit perfectly together, head to toe.

He was so enormous and perfect, like the statue of David. Yet he was scorchingly hot with life and passion. She had expected a man's face to be hard and bristly like a hedgehog, but all was silken softness. The column of his throat as she bared it was warm and soft too. Nothing marble-like or spiked here. Lawrence growled in the back of his throat as she slowly undid his clothing with one hand, her other moving up to stroke his own incredibly long lashes.

As she eagerly touched him with increasing boldness, she set sparks rocketing though him and straight to his loins. He had hoped to leave within an hour; now he was terrified that all night would never be enough with this incredible woman. What on earth was happening to him?

He was to be married at St. Mary's at eleven. But it was as if he had stepped into an inferno. The sensations blazing up within him were almost more than he could bear. He began to unfasten his waistcoat completely, then the shirt buttons at his chest and waist, until she had full access to him and could press her kisses in a line from his cravat downwards… Chapter Two Down and down she went, until she reached his navel. Now he halted her, for if she suckled him he was sure he would not last two seconds. And that would never do. For making love with this woman for the first time was surely a moment worth savouring.

But his desperate urgency was making it more and more difficult to stand, or even breathe. Her explorations with her lithe fingers were driving him ever onwards. Lawrence was almost tempted to ask her to take pity on him and let him spill just to end the torment. But her hands were doing the most delightful things to his buttocks and chest, and the last thing he wanted to do was disgrace himself in front of her. Now she was raking his throat with her short nails; the contact sent a jolt through him like an electric current. He walked forward until the backs of her knees hit the edge of the mattress.

He sat Juliet down gently, then joined her as she kissed down his neck and pushed his jacket and then his waistcoat off his shoulders. Seeing her awed response as his shirt parted, the desirous expression which crossed her features, Lawrence kissed her full on the mouth, mingling tongues once more while he began to undo her gown. It had a simple enough pair of side fastenings at the waist, but he half-expected a murmur of protest as the garment was taken from her. But Juliet made no demur, only kissed him back even more ardently as his hands lightly stroked the tops of her now bare shoulders, his thumbs dipping down to the full curves of her breasts.

He slipped one strap of her chemise off her creamy shoulder, and licked and nuzzled her the exposed flesh until he moved downwards to fasten his lips on one rosy nipple.

Scorching heat flooded them both. For a moment he felt the blood surge through him. He wanted to end the sweet torment and simply take her then and there. But the red-hot agony became a gentle warmth radiating outwards as she cradled his head against her breasts.

The Mad Mistress (The Rakehell Regency, #1) by Sorcha MacMurrough

It provoked sensations within him such as he had never experienced before, for all he had enjoyed the most remarkable professional women. There was a delightful sweetness about the young woman, a light fragrance of rose petals which clung to her, innocent yet heady. Lawrence dipped his nose into her fragrant cleavage for a second before baring her other breast to nip and tease it.

Her hands were suddenly all over him once more, face, hair, neck, shoulders, which were straining through the linen shirt. She tried to tug it off his rippling muscles, but he stayed her hands, pressing them back to his chest to prolong the final moment. The last thing he wanted to do was rush. No woman had ever touched him as heatedly as this; it was as addictive as a drug. Over his massive chest, down his hard abdomen, and then back up over his shirt, her fingers soothed and massaged, as she revelled in the warmth of his body, the contrast of textures, soft, solid, silky, lightly downed, velvet, steel.

Before Lawrence could stop Juliet a second time, she yanked his shirt all the way off, stroked down his long hard back, and kissed him even harder. She ran one hand through his hair, and he had never felt so at peace. Or so powerfully aroused. His broad expanse of chest was explored thoroughly.

She even rubbed his nipples with the balls of her thumbs, peaking them as her own had done.

One part of her mind was screaming at her that this was sheer madness, the other whispering for her to see all he had to offer. She should have been nervous, but she felt so calm, so certain, that even when he moved to slide her chemise down to her ankles, she made no protest. 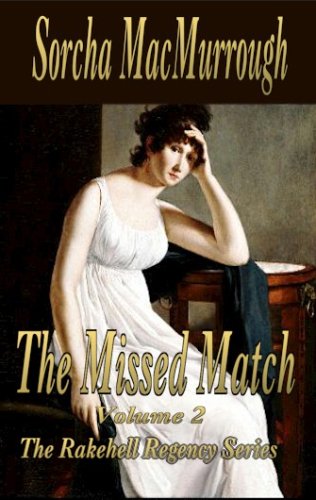 Now clad in nothing more than a pair of lacy drawers, and her stockings and garters, she looked like an alluring woman of the world. The need to bare her thus-far perfect charms propelled him onwards. Never had he seen such breasts, hair, skin. His hands roved everywhere, almost searching for some flaw, some imperfection.

Yet there was nothing but the velvet of her skin, sweet as nectar as he began to kiss her thoroughly while he untied the tapes of her drawers. He gentled his hands up and down the silk of her stockings, warming her legs too, marveling at the shapely knees, calves and ankles. She was a goddess, there was no denying it.

Every man who had told him about her had said the same thing. Now he truly believed. She was divine, and about to become his in every way. He moved her hands from his back and chest and put them at the waist of his trousers, giving her the hint before pulling the coverlet down to expose the crisp white sheets, smelling of starch and roses. Juliet took the suggestion, and in the split second after she had innocently rubbed her hand against his shaft, he was pressing her backwards on the bed.

He stroked up one stockinged leg, enjoying the glide of the silk, before tugging at the garter ribbon. He moved to cradle both legs in his lap, sliding one stocking down with feather-light strokes before removing it and both her dainty black satin pumps. Her other stocking soon followed, every touch of his hand and the silk a dazzling flame. She gasped and licked her lips, causing him to press his mouth to hers for another devastating kiss.

Her little pink tongue darted maddeningly in and out in imitation of his own caress, enough to drive him nearly to distraction. Even now Lawrence wondered at what it was about the woman which was driving him wild. She had done nothing artful, not even made any lewd suggestions or whispered naughty things to him. She was not acting either coy or predatory, trying to drive the passion between them. Not once had she ever even mentioned money, or how she only had a set amount of time before her next client.

And the way Juliet was touching and kissing him was like nothing he had ever encountered. It was a complete concentration upon him, as if he were the most important man in the world.

Wonderful, perfect, a deity in his own right, worthy to complete her in every way. Never had he felt the awe which emanated from Juliet as she gave herself up to the thrilling sensations his every kiss and touch filled her with. His head swam.

Lawrence knew he could take her now, in an instant, hot and hard. But she was small, delicate, and though she was a professional, he did try to make sure he wasn't completely selfish. He knew most of them never felt any pleasure in what they did, but that did not mean to say he should bludgeon her to bits with his blunt instrument the way so many men did.